You are here: Home / Anatomy / The Talus Bone 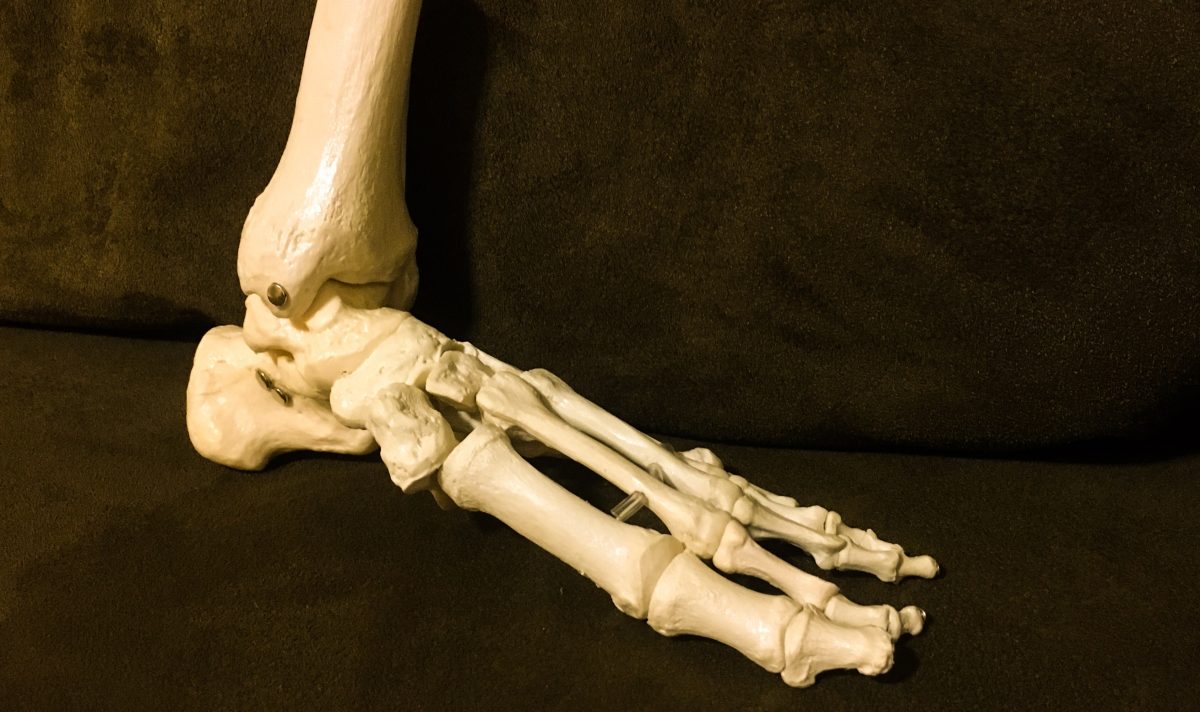 The Talus is the keystone bony structure in the body!
All vertical support balances on it,
AND all fluids are regulated by it.

What is the role of the Talus? The Talus has an important role in the ability to translate horizontal and vertical forces. All vertical support is balanced and governed by its dome shaped surface. Can you comprehend how challenging it is to balance on a ball, and what is required to maintain this balance? This vital role requires the talus to float freely in all planes of movement (coronal-side bending, sagittal-forward and backward bending, transverse-rotating, vertical compression and distraction-closed and open qualities between two structures). This unique ability also requires that the talus not be directly influenced by our voluntary actions, as evident by no muscular attachments to it. Only ligaments!

The ligaments are the bridge between all interdependent bones in the body. Their role is mostly understood as stability in the bone-to-bone connection. However recent clinical observations by my manual therapy teacher, Frank Lowen, and others who practice Dynamic Manual Interface, have discovered the important role ligaments play in fluid dynamics (see my review on his new book). There appears to be a communication between all the ligaments (and all visceral functions) that respond to create optimal alignment of the bones for optimal adaptive function for a given activity. Frank has clarified many times, “movement occurs in the joint space first, then the peri-articular tissues (joint capsule, tendon) respond to this articular balance, followed by the tendons and muscle contraction to produce movement.”

Interestingly, in late medieval castles, the talus had an important role in the castle’s fortification, which “consists of a sloping face at the base of a fortified wall” (Wikipedia). Fascinating this “design” is in the body, as the talus is at the base of the fortified bones of the leg. My yoga teacher, Scott Blossom, refers to the shin bones (the tibia and fibula), as the “shaft which bears the weight of the body”.

What else is important about the Talus? Electromagnetically, the Talus has the second highest measured electromagnetic field, the first being the heart. Yes, second only to the heart. Any notion why? It has to do with the forces that are translated at this vital junction in the body. The activity at the Talus generates an electrical field, an effect referred to the piezoelectric affect – produced when bone, or any connective tissue, is placed under significant force, because of the internal torquing and fluid dynamics of the tissues response to stress, or forces placed upon it. This piezoelectric effect is said to generate response in tissue regeneration, adaptation and circulation. The piezoelectric effect also has an affect on the general circulation and the heart.

Furthermore, in reference to the subtle body, the Talus and the ankle joint are important for pranic circulation (your vital force). Both Frank Lowen and Zhander Remete observe the vital role of fluid regulation at the joint spaces of the ankle. The talus and ankle joint are closely associated with the functions of the heart and kidneys, and have a key relationship with the autonomic nervous system and the motor-sensory system.

If you were to imagine, or lucky enough to place your foot in the sand….

This can provide you a great deal of information about your interaction with the earth, and also the state you are in……Equanimity is key!!!

Enjoyed this article? Read these:

CranioSacral and Other Healing Therapeutics

Steady and Alive: The Bones as your Foundation

Cleansing? How is your fire?